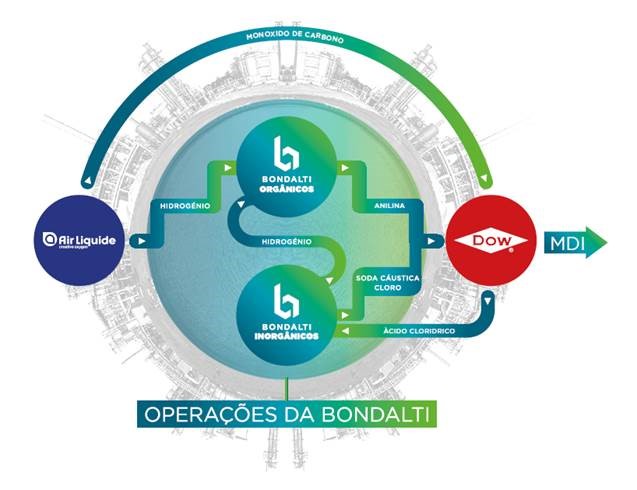 The use of sub-product from one process to the other

In its site in Estarreja, BONDALTI carried out a development project “Optimization of H2 Utilization” with a view to the total recovery of H2 generated in one of its production processes, reusing it as raw material in another production process.

The project “Optimization of the use of H2” resulted from the need for better use of H2, a by-product of chlorine-alkali production, and used as raw material for the production of aniline.

This was accomplished by increasing the capacity of the H2 compression system, recovering all the H2 coming from the production process of the chlorine and minimizing waste.

The project, which began in January 2014 and ended in April 2015, was carried out internally by several departments: Production, Maintenance and Automation and Control.