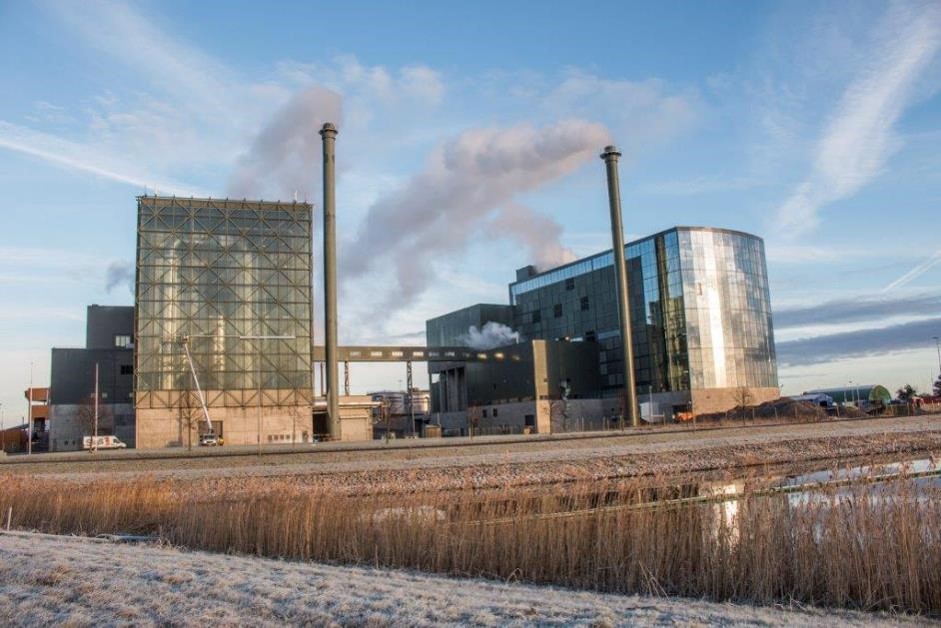 In Linköping, the largest part of the district cooling is produced from district heating through absorption cooling, a well-proven technique with water for refrigerant and lithium bromide as an absorbent. The absorption process is based on the same principle as all cooling processes, that is, the refrigerant is brought to evaporate at low temperatures by maintaining a low pressure. The cooling is produced from waste heat in the Waste-to-Energy plant (picture) and distributed as cold water via pipeline to the customer’s premises. In this way, the use of hydrofluorocarbons (HFCs) for cooling is eliminated. HFC gases are thousands of times more destructive to the climate than carbon dioxide, and scientists say their growing use threatens to undermine the Paris accord, agreed last year by 195 countries. In 2016 the UN added the Kigali amendment to the Montreal protocol which determines the schedule of the coming HFC phase-out. In this context the use of HFC free absorption cooling is a strong option.