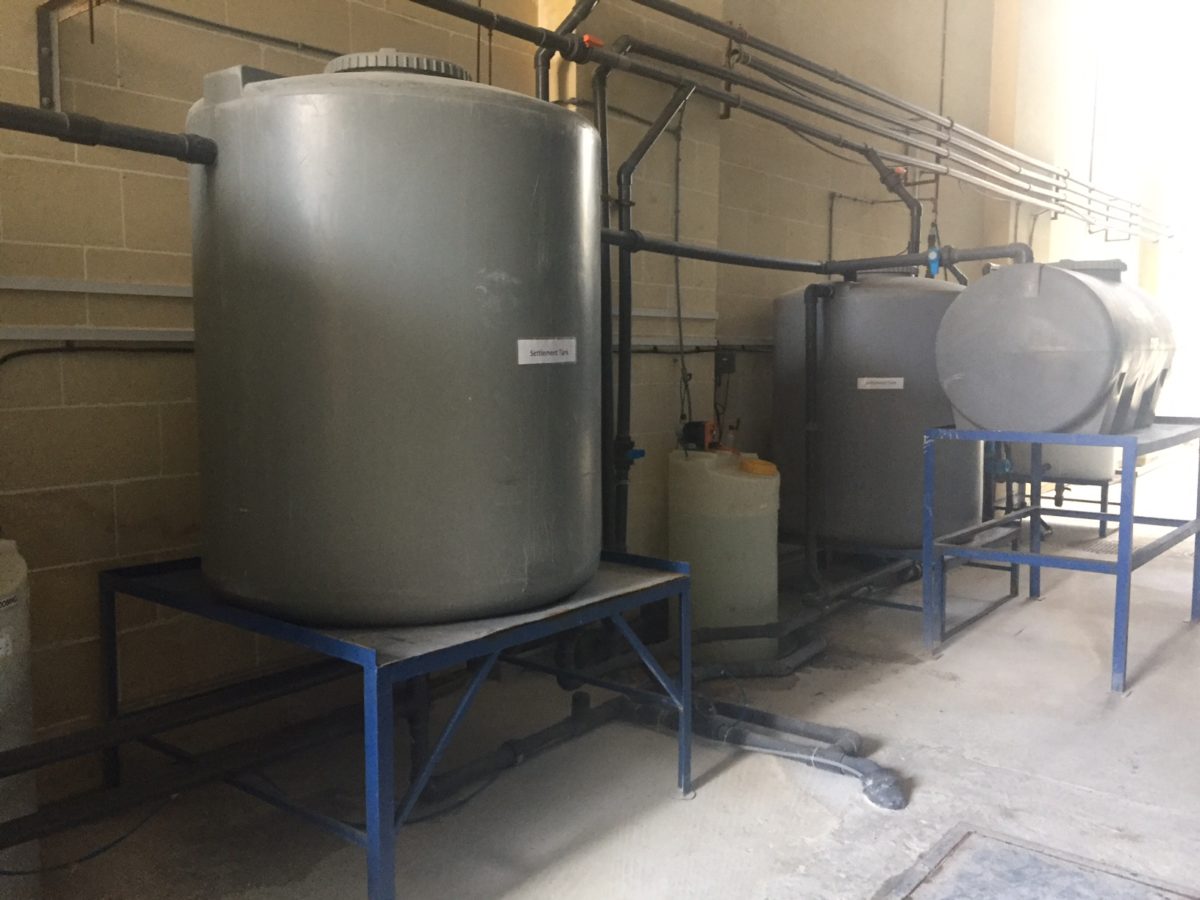 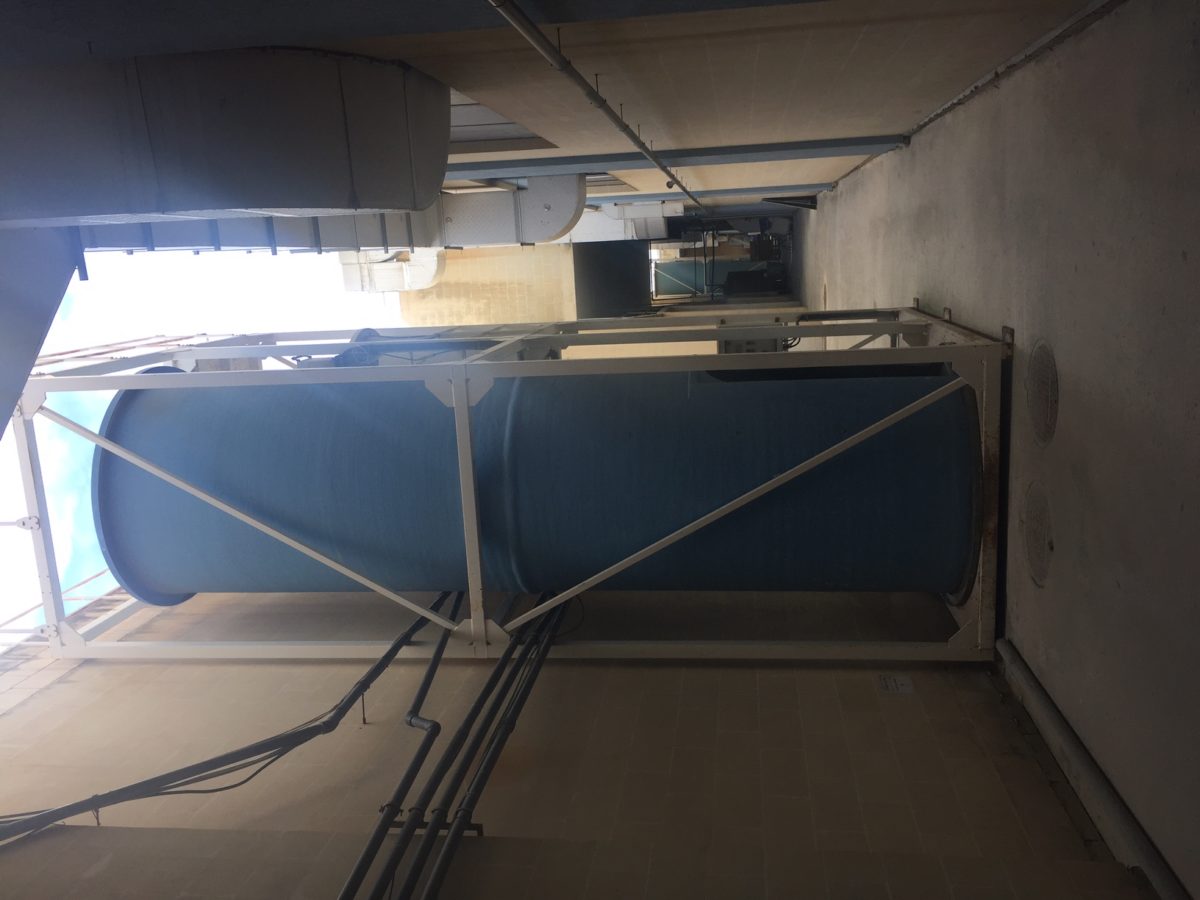 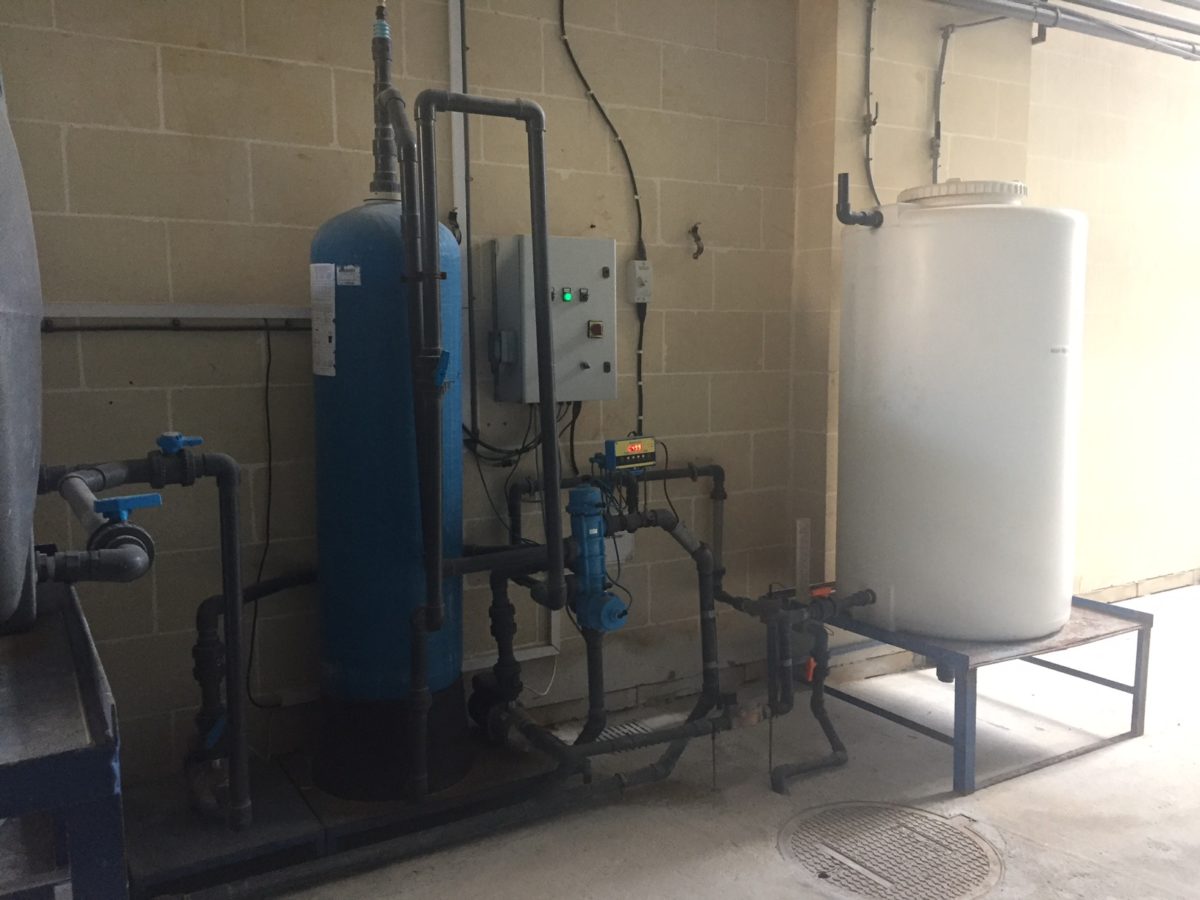 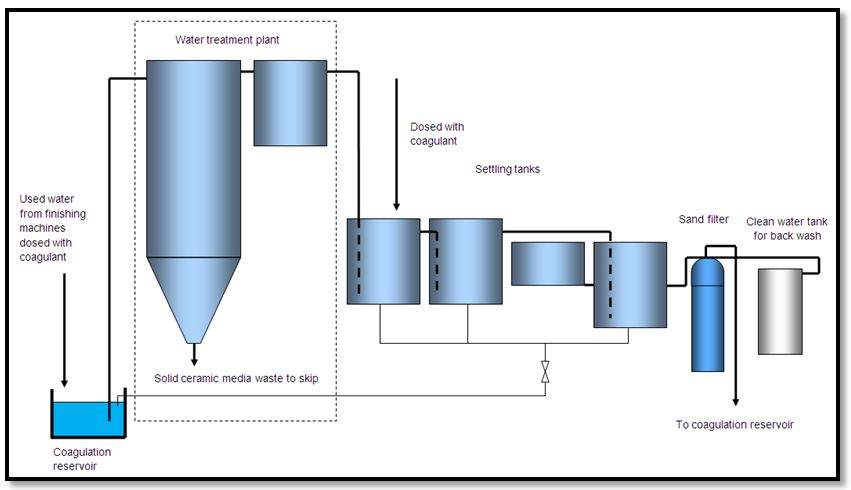 TSS Malta has developed a water recycling system so that water used for the process which was previously lost is now being recycled and reused.
Water from the particular process would contain a high amount of fine ceramic particles that even its color turns to white. However, through a series of settling stations* and a final sand filtering station, water is filtered and redirected back to the main reservoir from where it was originally supplied.

The project was completed in Malta, where it has a high environmental importance, as Malta is one of the top countries facing water scarcity in the world.

*A settling station is effectively a tank containing water (2000 ltrs in this case) which would contain ceramic waste particles. The water is left in it to settle and eventually the ceramic particles drop to the bottom of the tank. The water on top would therefore be cleaner and ready for the next stage.